David Smith, Economic Editor for The Sunday Times, spoke at a recent CCA Advisory Council to share his views on Brexit, and how organisations can maintain good reputations and retain the trust of their customers in times of fast-paced change and uncertainty. 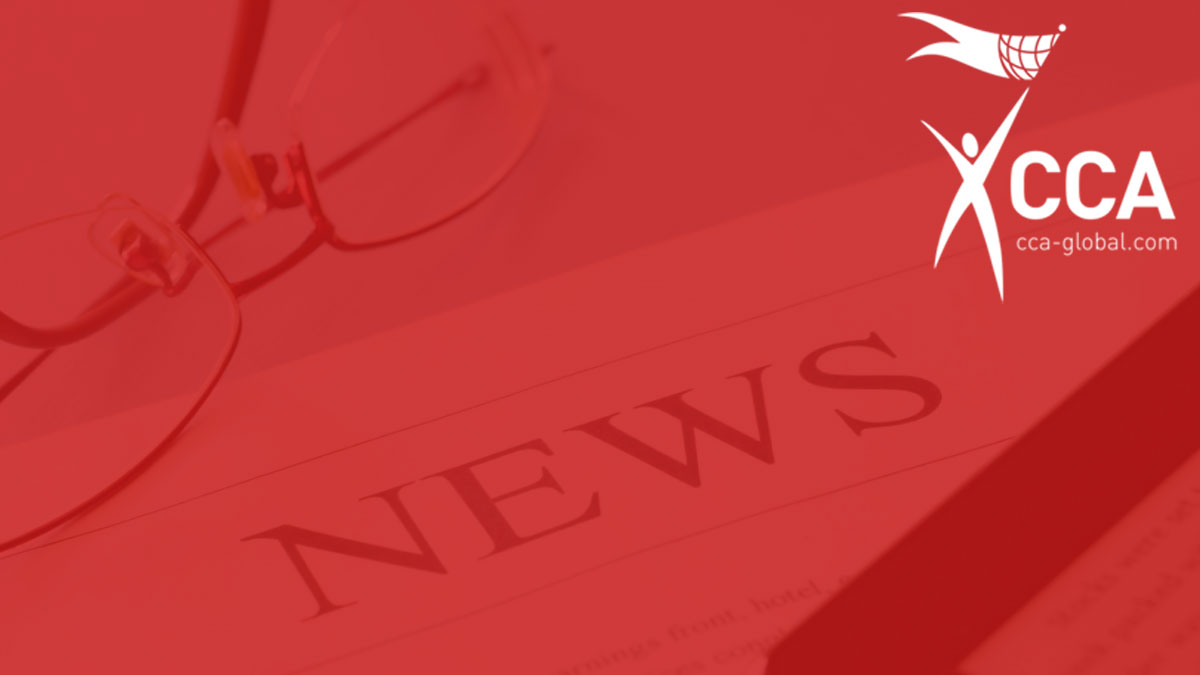 No matter what side of the Brexit debate you fall on, it’s clear that the impact of the decision to leave the European Union will be felt across Britain, good or bad.

In terms of business and economics the ripples can already be seen, with fewer European nationals immigrating to Britain in the wake of the Brexit decision and several companies making the choice to relocate offices overseas.

This has a knock-on effect in our workforces with regards to recruitment and retention, and until the process of exiting the European Union is finalised it’s impossible to be entirely clear on what the ultimate result of the decision will be.

David Smith, Economic Editor for The Sunday Times, spoke at a recent CCA Advisory Council to share his views on Brexit, and how organisations can maintain good reputations and retain the trust of their customers in times of fast-paced change and uncertainty.

In terms of the broad economic picture: if we were meeting here a year ago we’d be a lot cheerier. At that point in time we had strong growth in America, Asia and Europe. Compare that to now, when there’s been a ‘synchronised downturn’ globally. Germany’s growth has slowed to 1%, Italy is in recession, and the global growth picture generally isn’t as friendly as it was.

There are two primary reasons for this: the first is Donald Trump. In 2017 his Reagan-esque tax cuts boosted the economy. But throughout the course of 2018 he became far more protectionist. The USA is now involved in a trade war with China, and we’re seeing the lowest Chinese growth for fifteen years.

The other main reason for slow economic growth is that Central Banks have up until recently been providing stimulus to growth through low interest rates and quantitative easing. We’re now moving away from that.

In terms of the UK economy, growth has roughly halved in the last three years, mainly due to Brexit uncertainty, and business and consumer confidence are both quite weak. However, the ‘Misery Index’, which has traditionally been measured by cross-referencing the inflation rate with the unemployment rate, is currently quite low, and employment rates are high.

Nevertheless, consumers are concerned about future job cuts and the future of the economy – a lot of this is Brexit-related. Two-thirds of British GDP comes from consumer spending, and at the moment there’s a widespread reluctance to fork out on big-ticket purchases and an uncertainty in the housing market. The same reluctance to spend can also be seen in businesses.

The optimistic view on the economy is that if a transition deal is reached, this will take us over a hurdle and make the path easier. However, a no-deal Brexit would be pretty damaging, and would almost certainly lead us into a recession.

It’s likely (about a 60%-70% chance) that we will reach an agreement and that this will eventually be passed through Parliament, although increasingly it seems that this will come after the March deadline, so the Article 50 process is likely to be extended. However, the uncertainty surrounding Brexit is likely to continue for some time yet.

On the subject of trust, reputation and what companies should do: it’s important to bear in mind that 28% of a company’s value is determined by reputation. Good reputations are hard to build up but easy to destroy.

Whether problems have a lasting effect on reputation depends on how the problem is handled. If crises are handled well, it’s actually possible to enhance a company’s reputation:

Despite a lot of attention on the gig economy, it is still the case that full-time employment is the way in which the vast majority of people are employed. The gig economy has grown, but zero-hours contracts only account for about 2.5% of working people. So, we haven’t quite got to the point of leaving people behind yet, but this is a danger that we should be conscious of.

Five years ago, I trusted politicians reasonably well – now I don’t at all. It’s disgraceful that politicians are asking businesses to give reassurances when government can’t. Recently, businesses in Northern Ireland which were unsure about what was happening when it came to Brexit were asked to contact the government in Dublin for assurances rather than in the UK – this is appalling.

Newspapers have become caught up in this mistrust and have had their reputations changed because of it. Papers are now seen as being either ‘Pro-Brexit’ or ‘Pro-Remain’. The BBC also has problems with trust – the BBC’s idea of balance in the run-up to the referendum and since has been that if a pro-remain voice has been heard then a pro-Brexit voice has to be heard to counter it.

A fifty-fifty balance is fine when it comes to a broad half-and-half split, for example Labour and Conservative, but businesses are roughly 70%-80% pro-remain, so things are massively skewed in favour of Brexit. Economists were 90% pro-remain, but the very small number of pro-Brexit economists receive equal exposure.

It seems likely that the Tories will probably split, but it is quite tough to launch an entirely new political party. A new party has to come from inspirational people who have come out of nowhere, which doesn’t often happen.

Sunderland, Flintshire and Swindon are all places with large multi-national employers like Nissan and Honda, who told them to vote remain. Not only did these places vote massively in favour of Brexit, but most of their employees voted to leave. I heard a vox-pop from someone in the North East who was a supplier to Nissan and he agreed that Nissan might move their operations, but his view was that ‘something else would turn up’.

Over the last 18 months, the numbers for the polling on whether people have changed their minds about Brexit have remained roughly the same. About 48% think that the decision was wrong, 41% think it was right, and the rest don’t know. But these figures aren’t enough for the government to be able to justify calling another referendum.

In February 2019, CCA carried out a quick poll asking organisations to share their opinions and outlooks on Brexit. Here is what you told us: