Pick a number, any number

I was clearing out old boxes from the attic recently. Like many of us the protracted and unpredictable lockdown has caused a review of what 'stuff' we really need. For me there's a sense of grieving when I look at treasured outfits, shoes and bags which now seem surplus to requirement.

Pick a number, any number 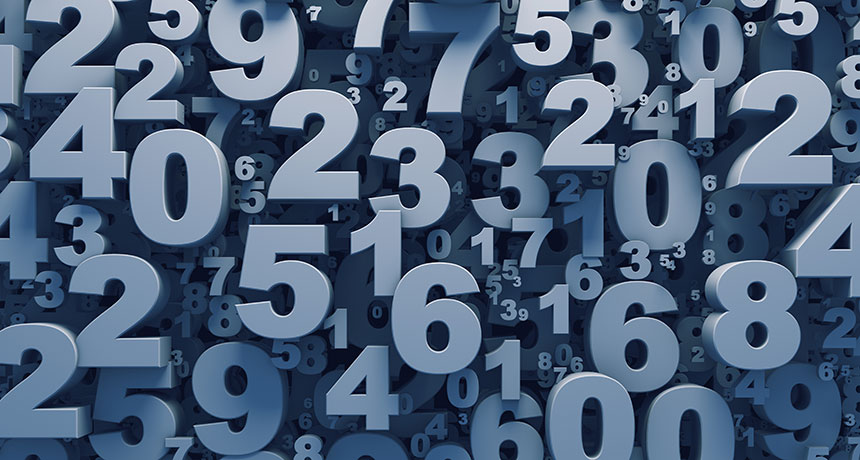 I was clearing out old boxes from the attic recently. Like many of us the protracted and unpredictable lockdown has caused a review of what ‘stuff’ we really need. For me there’s a sense of grieving when I look at treasured outfits, shoes and bags which now seem surplus to requirement. Whilst trivial, somehow they seem to represent a bygone era, which scarily was only 6 months ago.

There’s an irony in that we seem to have pressed a rewind button several decades back for some things; opening hours, access to critical health services, music and arts events and a reduction in flying around the globe. In other areas we have fast forwarded to what feels like the book 1984, collapse of the high street, rise of big tech, a retreat from big cities towards a more dispersed, isolated society and greater surveillance in our lives.

Everyone has a story to tell about 2020; some have found more joy than others in a slower paced world; indeed, many elderly people are reporting newfound companionship as neighbours and family are checking in more regularly and caring more during these times.  Many others are loving newfound freedom in working from home without awful commutes and perhaps stressful relationships. Others are feeling levels of anxiety previously never felt before, in the face of chronic uncertainty, where they fear for their own and family’s livelihoods if they lose their job. Others are grieving the loss of a business they set up and nurtured; their baby if you like, swept away in a matter of months. And of course, for the young there are a swathe of issues all requiring a new approach in terms of restoring hope and trust in authority.

In my old, sentimental boxes I came across a folder from 1990 when I worked as a Product Director for Johnston and Johnston, early in my career after university. I was struck by the detail in the 5-year strategy plans, before the power of computing that exists today. In particular there were established rules about the use of numbers used to justify actions and investments. Everything had to be rooted in context in relation to previous years, set targets, revised expectations, comparisons with competitors, where the product line fitted within an overall division and group. There was no hiding place for under or over reporting or use of random numbers to distort an increase in percentage terms which amounted to ‘not a lot over not a lot’.

Since the financial crash in 2007 we have become used to seeing very large numbers flash across our screens, millions, billions, trillions. For most of the time feeling irrelevant to us as individuals as it seems hard to find the ‘what’s in it for me?’  During Brexit we had the same. Remember the famous £350m on the side of a bus? In the same way as we are less able to read maps due to Satnav, we have also become less numerate due to the power of digital, yet our lives are in fact governed by stats now more than ever.

I don’t know about you, but as someone who enjoys numbers I get a bit frustrated at the way numbers today are often presented without context to other related issues and without comparisons. The use of stats, with absolutes and percentages interchanged may be accurate, but without context and explanation do little to reassure anxious people about the actual level of risk in their lives, with the result that many risk becoming more anxious and less able to function and rationalise things. Worryingly others have decided that they simply don’t believe the news and have switched off, risking the levels of infection rising.

Striking a balance between getting important facts out there and not complicating matters with a blizzard of stats is always going to be difficult. The 1 to 100 percentage scale sometimes seems too limited to pick up reality. We are educated to believe that above 90% of anything is remarkable, but if you are claiming that 90% of customers are satisfied in a customer base of five million then 10% or 500,000 are by definition, not satisfied. That’s an awful lot of individual stories which probably don’t feature unless an organisation is motivated to dig deep and consider more than the percentages.

At the end of the day numbers and statistics are there to provide a basis of evidence on which to maintain or alter course in any situation. Left to our own volition, our behaviours will simply not change unless we have evidence presented in a way that we trust and can see a personal relevance to us and those we care about. In some ways the complexity of information and guidance around beating Coronavirus has parallels with the weight loss industry. We all know the basics and absolutes, eat less and exercise more. That’s hard and extremely boring and so over time this whole area has become a colossal industry with endless variations of programmes to help us lose weight. They are all based on these first principles however, simply disguised in other wrappers.

There’s lots we don’t know about the virus; however, we do know that rigorous hand washing and keeping distant from others are guaranteed to stop the virus multiplying. Again, very hard to do, and not only tedious but abjectly abnormal behaviour in our human world. Hence the constant new guidelines, rules, laws and updates as governments and leaders locally and globally seek to change our behaviours and stop the spread.

The role of leadership is being tested to new limits today; in organisations it is no longer good enough to hire the right people, set targets and provide measurements to achieve results. There’s a whole new world of consideration required for the welfare of all those you are responsible for, in new, remotely personalised relationships. Part of this is being ready to explain the purpose of your organisation in this new environment and how this translates into the communication that feeds relationships with customers.

Delegates at CCA Inspire this week were asked to estimate the financial value of their responsibility. This was then collated across them to realise that on salaries alone the group were responsible for around £13m; a powerful use of numbers to demonstrate impact and influence, showing that numbers used correctly can be a great motivator.