Saving your energy
We're only human

The End of May 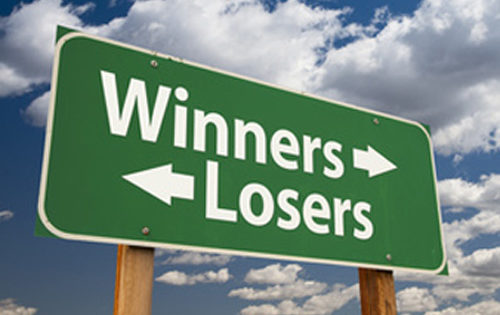 After intense pressure, Theresa May has finally announced her resignation as Prime Minister of the United Kingdom. The voice with which she delivered her speech, breaking with emotion, was at odds with the ‘MayBot’ image commonly portrayed in the media.

‘Never forget ...’, Mrs May said, ‘... that compromise is not a dirty word’. Whether this was aimed at the EU negotiators, her Labour opponents, or members of her own Cabinet was unclear. What did seem to be borne out with force was Einstein’s adage that doing the same things over and over again and expecting different results may be interpreted as insanity. One rather blunt report card for the PM by a media commentator read: ‘A for effort, F for results.’

Everyone makes mistakes ꟷ some small, some huge ꟷ  and fortunately most of us aren’t hung out to dry by a 24/7 media news machine lusting for second-by-second updates.

The extent to which we are supported, blamed, shamed or forgiven determines our propensity and ability to try again; to learn, share, move on, develop, and grow.

Sometimes mistakes manifest themselves at the end point of a journey - difficult to spot and hard to recover from, the unforeseen unexpected things. Mostly in business there are loads of clues along the way, but these are only useful if there are processes in place to look, listen, monitor, analyse and critically take action.

Given the huge volumes of active and passive data that every organisation collects about us as consumers, it seems strange that so many things go wrong in our day to day dealings, sometimes with catastrophic consequences.

Ryanair hit the headlines this week as profits dipped by 30%. Ironically, passenger revenues and numbers increased - 141m people flew with them last year; 6% up on the previous year with an average flight costing just £37. An ebullient Michael O’Leary predicted 8% growth next year. A spokesperson for the organisation dismissed as irrelevant Ryanair’s position as bottom of Which league table for airlines in January; views of 8,000 Which subscribers in UK versus 141m global passengers? Some would argue that the league table is really important; others that it is merely a flag to take note as part of a balanced scorecard.

What is becoming obvious is that the more we can get access to actual behaviours to inform customer strategy the better;  what people say they will do or how they feel is often different to how they actually behave, something which causes headaches for pollsters as they try to make sense of voter intentions, particularly in this complex new political landscape.

Some would argue that it’s best to focus on providing the best service possible using the best intelligence from multiple touch-points rather than expending endless resources on asking the ‘how was it for you - will you come back again’ at every juncture.

There’s plenty of research to show that we will forgive brands whom we believe have our best interests at heart. Oops - sorry let me make that right for you, in person, on the phone or online chat is always welcome.  Perhaps at the end of the day our mistakes define us, but only if we know they are mistakes.